About the Foundry Square Clock Tower

Electric Time Company, Inc. of Medfield, Massachusetts is pleased to acknowledge one of their recent projects, Foundry Square in Redding, California.

Founded in 1928, Electric Time is the world’s oldest electric clock manufacturer. For over 70 years they’ve been designing and manufacturing quality, custom-made tower clocks, post clocks, and other special timepieces. Utilizing the finest materials and craftsmanship, they create clocks from their designs or yours.

Foundry Square’s custom 60” back lighted silhouette clock is unique in its design and its manufacture. This one of a kind clock was created in the Electric Time factory by their skilled craftsmen. Special care was taken to provide halo-lit markers and hands using the latest in technology, LED lighting.

Of particular mention on this project is the superb engineering that made the Foundry Square clock the special timepiece that it is. From the creation of the initial drawings to the final assembly and testing in the factory, the Foundry Square clock is an evolution of engineering, craftsmanship and quality that will provide shoppers with a landmark for years to come. 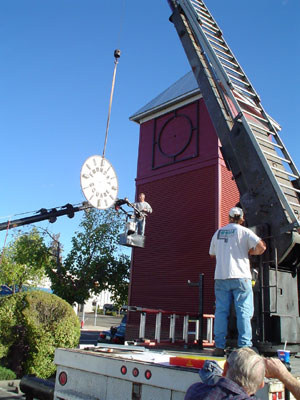 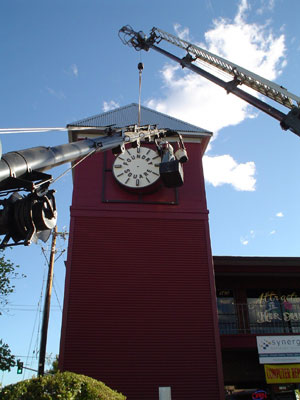